So you have a virus – or do you? Bogus programs and fake error messages.

Should you see anything similar to the screenshots I’m about to show you, then the answer is YES – Your computer is indeed infected. We are experts in virus removal as well as malware removal and operating system repair. Give us a call or call into the shop for advice on how to proceed.

You’ve just switched on, windows starts to load, and then… The police are onto you!

The answer: They don’t – It’s a virus, but it can of course be removed and your computer repaired – And almost all cases, your files and photographs, programs and settings WILL be saved. Don’t be duped by the amateur ‘geek’ – Bring your desktop or laptop computer to us and we’ll repair it properly – keeping any data on your computer intact!

We’ve dealt with thousands of these infections over the past few years, and consoled many extremely upset people, including one elderly lady who had a sleepless night, then called the police to ‘hand herself in’, thakfully they visited her and got her to bring her computer into our shop. We explained to the lady what had happened and repaired her computer.

Your computer starts, and the the fun of popups begin!

A fake error program pops up, telling you you have loads of errors, firewall problems, that people are downloading your private data, that your haddrive is about to kick the bucket, and that if you pay some money, they’ll magically fix all of these problems, and if you don’t pay – they’ll bug you by popping up every few seconds, stopping you from using your computer.

In reality, the fake program has just created a whole heap of new problems for you, none of what it claims is accurate, and in paying them money – you’ll just get a fake program that does nothing to help you at all. These can be difficult for most to remove/repair, but bring your system to us and we’ll fix it and check for any real problems. Professionally repaired, without the data loss associated with other supposed ‘technicians’ 😉

These virri come in many shapes and sizes, the example screenshot being only one of many thousands we have seen over the years, we can remove ALL of these and repair your computer.

Beware the fake phone calls from ‘microsoft’, ‘talk talk’ or whoever.

We’ve had a lot of customers lately who have received calls from scammers claiming to be able to ‘fix’ problems they’ve detected on your computer or network. The truth is, they only want to scam you, and in many cases they’ve rendered computers useless, installed viruses or deleted/stolen personal files and pictures.

We’ve also had several clients who have searched for Microsoft or Hotmail support telephone numbers. Again the search results show scammers numbers in amongst the legitimate ones, With the same outcome. BE aware, be safe 🙂

Microsoft will NEVER contact you out of the blue, and it’s unlikely your internet provider would either.

If you believe you’ve been a victim of these scammers, please contact action fraud, your bank, and the police. Disconnect from the internet and shutdown your computer. As always, we can get your computer back up and running, and if quick enough we can also get back your personal files, documents and pictures. 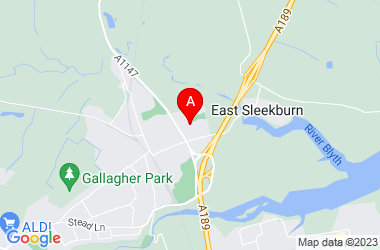